The silver market’s sharp decline in the last year has exacerbated the economic situation in Bolivia. With the country’s external debt rising to USD 9,427.9 million, which is more than 25 percent of its GDP, the country is in dire need of foreign investment. The country’s economy is based on the state as producer, and the surplus produced from strategic enterprises is used to finance other enterprises.

The relationship between monetary policy and fiscal policy is critical in determining the stability of the gold and silver markets. The fiscal policy in Bolivia is based on the principle of the state as producer, with the surplus generated by strategic enterprises financed by the state. The central bank has the power to adjust the currency’s value to reflect the actual market price, and it has done so in the past.

The 1980s in Bolivia saw a hyperinflation, and a major cause of the crisis was money printing to finance the fiscal deficit. The inflation rate reached over eleven thousand percent per year, and the government ran a large deficit. In addition, the country’s budget deficit reached about eighteen percent of GDP. Inflation is always a monetary phenomenon. In Bolivia, the central bank issued an enormous amount of internal debt, resulting in an increased amount of external debt. 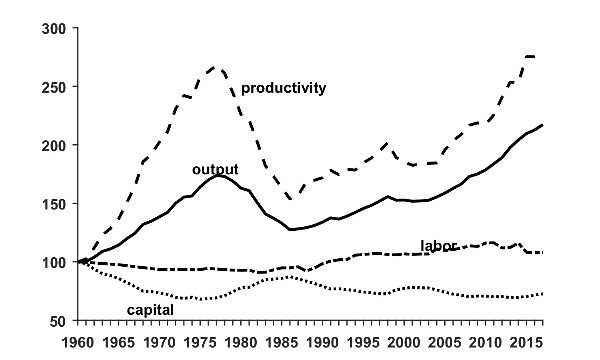 The Paz Estenssoro government sought to reduce the burden of Bolivia’s debt through complex international financial arrangements. In the early 1980s, the reputed “King of Cocaine,” Roberto Surez Gmez, offered to pay off the country’s multi-billion-dollar debt for 15 years in return for freedom from extradition.

The government of Bolivia rescheduled its external debt to 25 years with 15 years of grace in 2002, allowing the country to pay back its creditors more slowly. In this way, it will have time to implement structural reforms and reduce its external debt. The 1996 pension reform had a major fiscal impact. The country also shifted its pension system from mutual funds to individual capitalization. As a result, Bolivia’s fiscal deficit increased to 8.5 percent of GDP by 2002.

In 2005, the G8 countries announced debt forgiveness for countries like Bolivia under the HIPC initiative. In 2008, Bolivia signed the Multilateral Debt Relief Initiative (MDR), which led to a large reduction of Bolivia’s multilateral debt. The change in external economic conditions coincided with the end of the social crisis and the neoliberal era.

With the recent silver market slump, Bolivia is losing much of its foreign exchange reserves and could face a balance of payment crisis. Its economy relies on the state as producer, with the surplus generated from strategic enterprises used to finance other enterprises. The current situation is not unlike the policies that took effect in the 1970s. In fact, the country’s external debt now amounts to over USD 9 billion, which is more than 25 percent of the country’s GDP.

Between 1970 and 2013, the country’s economy enjoyed favorable external conditions, including access to a huge foreign credit portfolio, high oil and mining export prices, and a surplus of 8.5 percent of GDP. However, the country’s trade balance declined, with a greater decline in the quantity of goods exported than in prices. The country’s fiscal policy failed to reverse the long-term trend of being a net exporter of raw materials. As a result, it faced active criticism for its fiscal policy and the use of external funds for public enterprises that were not aimed at reducing social inequality.

The recent decline of the silver market has wreaked havoc on Bolivia’s income and economy. The drop in the price of silver is the result of sharply rising prices of the metal, making it uncompetitive, and has led to a disproportionately high share of Bolivia’s debt being held by foreign banks. The IMF, World Bank, and other agencies have all imposed debt forgiveness programs for poor countries, and Bolivia has been no exception. The first of these programs was HIPC I, which allowed Bolivia to eliminate 44 percent of its debt in the early 1990s. This program has been extremely effective, with the debt service over exports reduced to 25.5 percent in 1999.

The economic crisis in Bolivia, which began in 1985, was characterized by hyperinflation. The government used money printing to finance its large fiscal deficit, and the inflation factor climbed to over eleven thousand percent. This was the worst-case scenario for the Bolivian economy. The government blamed the drop on the increasing printing of domestic currency and the fact that the country’s economy was based on the state as a producer.